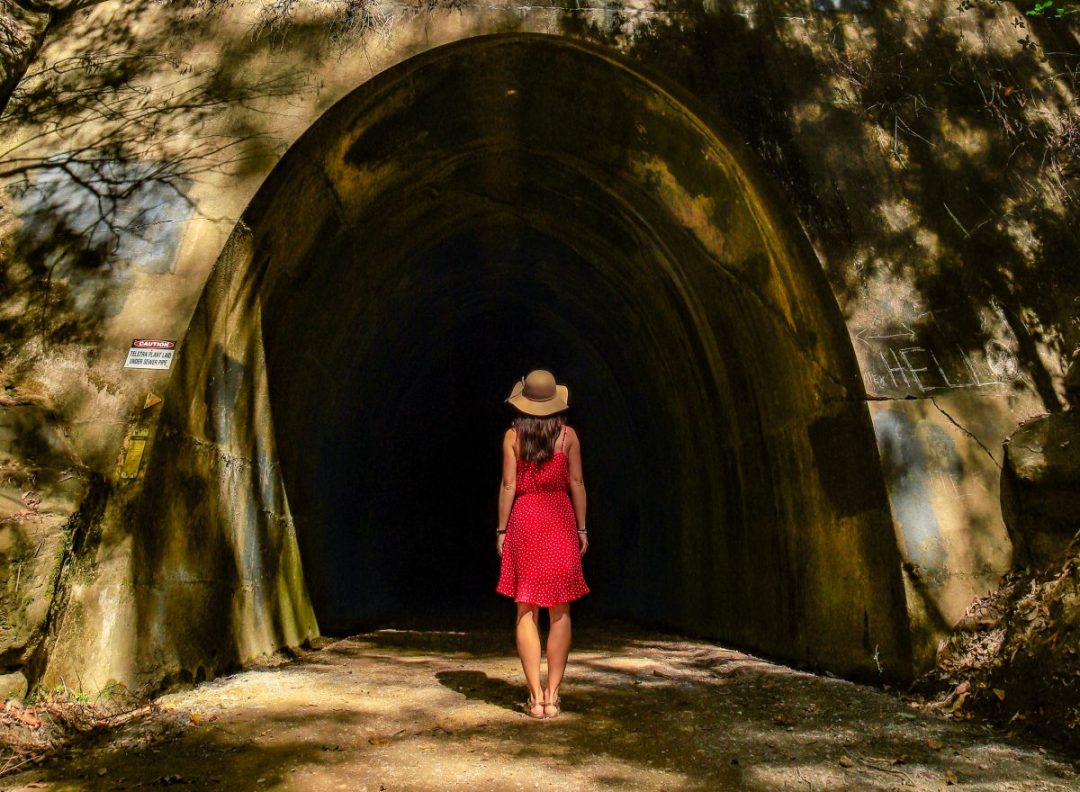 In the midst of the Mooloolah Valley sits the heritage-listed Dularcha Railway Tunnel, and it’s fast becoming a bit of a ‘secret’ Instagramable spot.

Having seen photos and wanting to experience it for ourselves, we recently went on a family bushwalk to uncover this little known location. 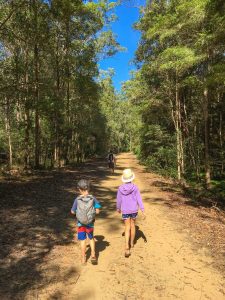 The track to the Dularcha Railway Tunnel

The ‘Tunnel Track’ follows the old railway line, although (much to Chippie’s disappointment) the tracks have since been removed. It runs through the middle of the Dularcha National Park, from Dorson Drive near Mooloolah, to Beech Road near Landsborough, with the tunnel located closer to the Mooloolah end of the track – about 900m.

Given that we have two young kids, we opted for the shorter walk to the tunnel and back from the Mooloolah side of the National Park.

However, many people walk the entire length of the 3km track, leaving their car at Landsborough railway station, before catching a train to Mooloolah railway station and walking through the town and back through the national park to their car (about 5km all up. You should allow about 2 hours.)

It’s a pretty flat walk along a cleared, wide track that meanders through eucalypt forest and riparian areas that are teeming with wildlife. 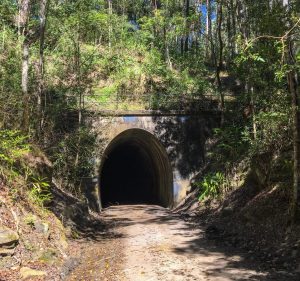 It was wonderful walking along listening to the birds, including eastern whipbirds and wompoo fruit doves. The kids were also thrilled when we saw a goanna stroll across the track in front of us and climb up a tree.

However, the 93.5m long curved tunnel is definitely the highlight of the walk, and if you take a torch, you’ll likely see seasonal roosting small bats and pretty moths.

Even if you can’t see them, you can hear the bats as you wander your way through the tunnel.

You are allowed to walk, mountain bike or even ride a horse along the Tunnel Track, so be mindful of other adventurers. While we walked along we encountered a group of teenage boy riding their BMX bikes and a family taking what looked to be a horse riding tour.

For safety, a give-way code applies, where cyclists and walkers give-way to horses, and cyclists must alert others when approaching them.

The history of the Dularcha Railway Tunnel

The Dularcha Railway Tunnel was constructed in 1890-91, and formed part of the railway line from Landsborough to Yandina, which in turn became part of the important North Coast Line from Brisbane to Gympie, with both freight and passengers transported along the route. 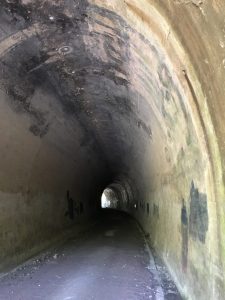 Inside the Dularcha Railway Tunnel

Building the tunnel was labour-intensive work, with workers building the concrete lined tunnel using basic machinery and horses to assist with carrying heavy loads. As such, the Dularcha Railway Tunnel is one of only two tunnels that were constructed along the North Coast Line.

The surrounding forest was first gazetted as a national park in 1921 to provide steam train passengers with views of Queensland’s forests as they travelled the North Coast Line.

The Dularcha Railway Tunnel was later listed on the Queensland Heritage Register in 1999, as it is  considered a good example of a concrete-lined tunnel constructed for Queensland’s narrow-gauge railway lines.

• EVERYTHING YOU NEED TO KNOW ABOUT HIKING MT NINDERRY

• BEST WATERFALLS ON THE SUNSHINE COAST

• BEST LOOKOUTS ON THE SUNSHINE COAST 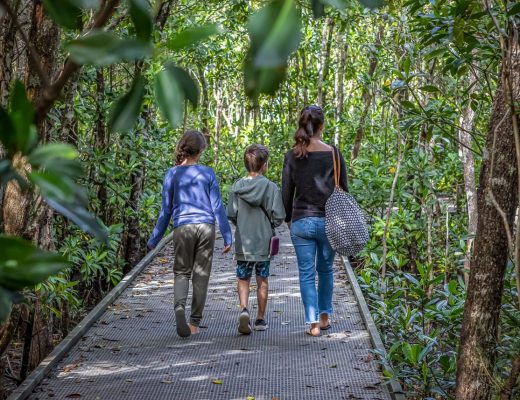 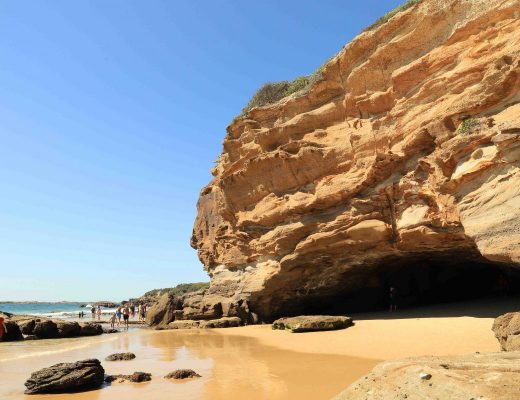 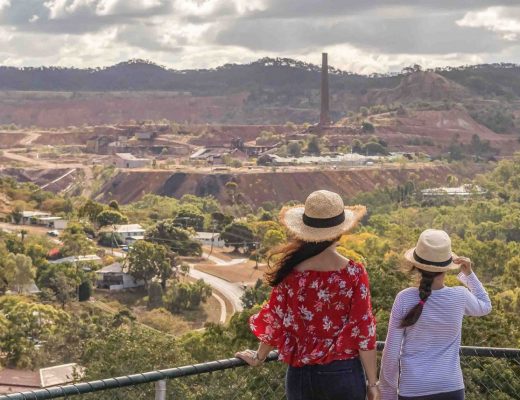