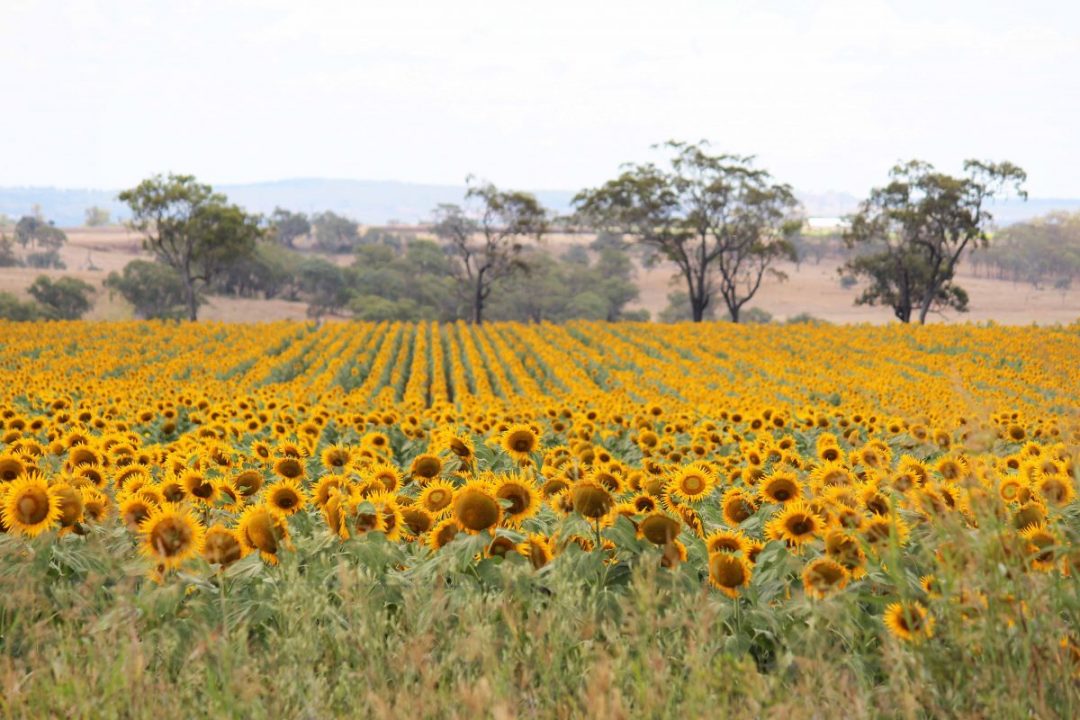 Sunflowers are such happy flowers, who wouldn’t want to immerse themselves in fields of their bright, yellow faces.

With their heads happily tracking the sun, all staring in the same direction as the sun’s warming rays, they make for a picture-perfect view (and even better Insta-selfie!)

For a brief period every year, several fields about a two-hour drive west / south-west of Brisbane become a sea of yellow.

We recently went on a driving tour through the area to search for these stunning flowers, and have pulled together the information we learnt, to make it easier for you to also find these beautiful fields.

There are a number of fields around the Darling Downs, Southern Downs and Granite Belt region that bloom from late December to March.

But this year’s sunflower season in 2018 is a little later than normal, so you can probably expect to still see sunflower fields in late March and during April.

Discovering a field of Sunflowers near Nobby.

Unfortunately, when and where is not an exact science, as nature has a habit of doing things all in good time. Each field is also only in its prime for a couple of fleeting weeks.

Your best bet, is to contact the local visitor centres for the most up-to-date details on which fields are currently in bloom. Warwick Visitor Information Centre is a good one to try (07 4661 3122).

A lot of the tourism organisations also post details about which fields are currently in flower on their social media channels.

But here is an idea of where you will find them.

Please, remember that the fields are on private, working farms and the farmers make a living from the fields. So be respectful! Stay to the edges of the fields, take only photos, and DON’T DAMAGE THE CROP!

Also known and signed as Tourist Route 11, this 50km round trip from Warwick to Allora is a good bet when chasing sunflowers. You can find the official map here.

But basically leave Warwick via Victoria Street, turn right into Rosehill Road and follow the signs to Allora, before driving back into the heart of Warwick via the New England Highway/Cunningham Highway.

Many of the side roads off The Sunflower Route are home to fields, it’s just a matter of finding the ones in bloom while you’re visiting. Spots we’ve been told about include Hancock Lane, Agnew Road, Glengallan Road and Willowvale Road. 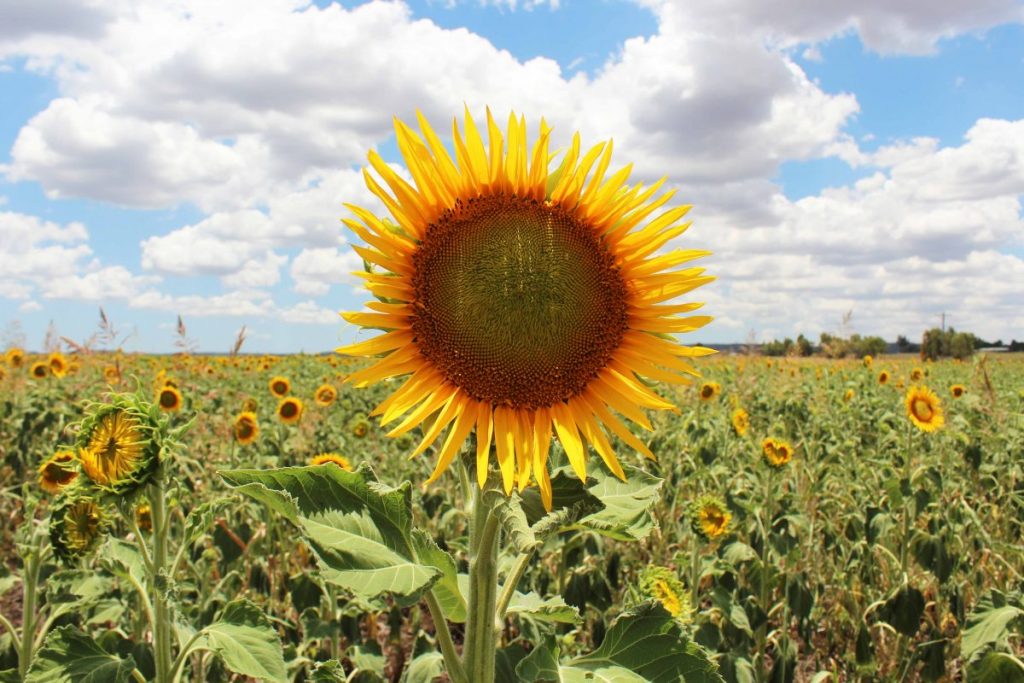 A field of Sunflowers near Nobby

There are a number of fields around this country town that bloom every year. We were lucky enough to capture this one on the Felton-Clifton Road, just outside Nobby, in mid-January, but we have been told another field on Rickert Road will be in bloom for the next week or so of February. We’ve also heard that there have been fields off Richards Road near nobby in recent years.

TIP: If you want to capture that perfect photo, take something to stand on, like a stool or ladder. The height will make it much easier, as the flowers are so tall.

The ‘heart’ of sunflower region, it is worth taking a drive around the backroads of Allora. The town was also home to Mary Poppins creator P.L. Travers, who lived here as a child. Her family home still stands in the town, along with an ‘old world’ streetscape, if you wanted to take a short break from sunflower chasing. 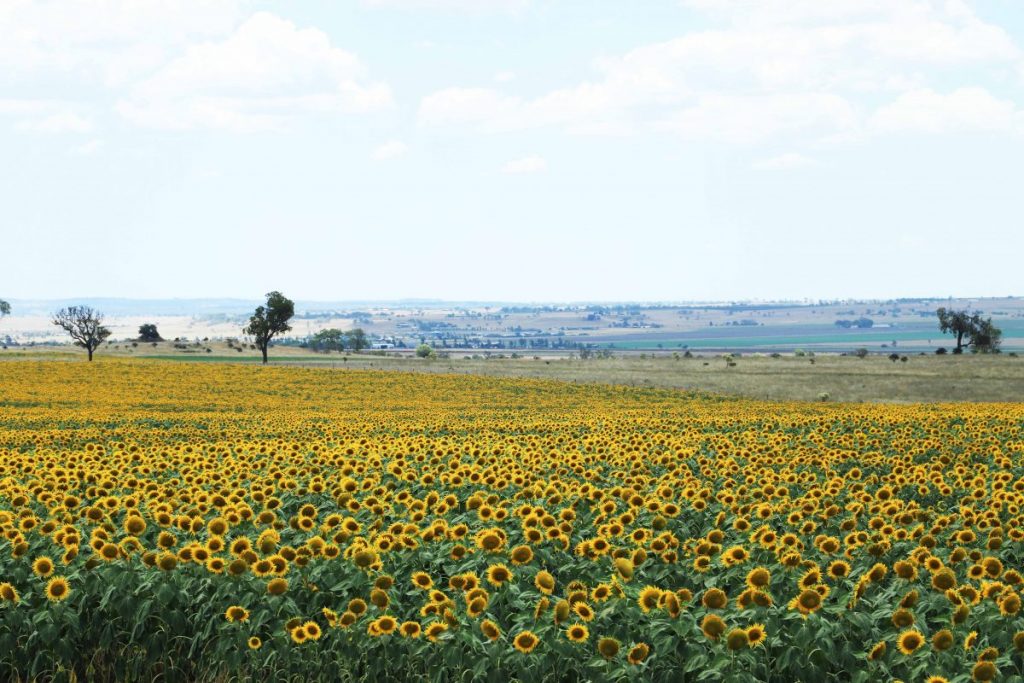 A field of Sunflowers near Cambooya

This was another huge field that we were lucky enough to see in full bloom in mid-January. You have most likely seen this field plastered across social media. It was also extremely easy to find, as it’s at the Cambooya turn-off on the New England Highway.

You will usually find some beautiful fields on the Cambooya side of Felton village.

Earlier on in the season a field on Newmans Road was in bloom.

During the peak of sunflower season, it really is worth taking a drive around the back roads of Clifton and Allora, and even around Freestone and Yangan, as it can be a bit like following the yellow brick road of sunflowers. 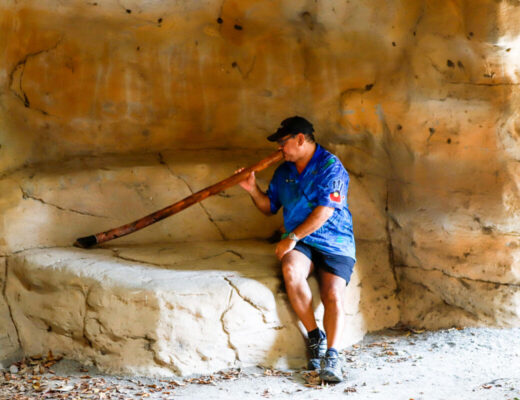 7 experiences you shouldn’t miss in Rockhampton 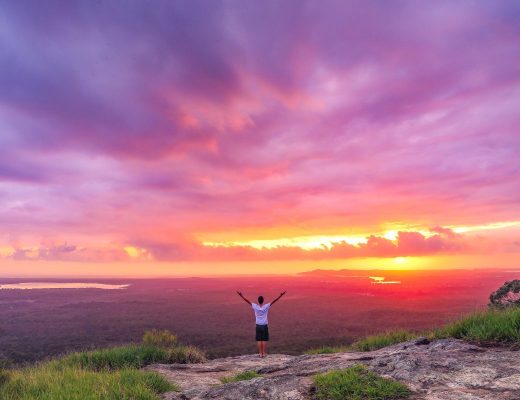 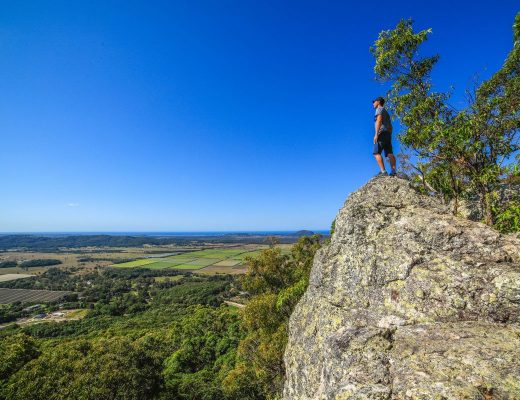 Everything you need to know about hiking Mt Ninderry